Making a difference in roof and ground installations in North America

Two recent projects in the USA and Canada have showcased the difference that Hoymiles technology can make to small and medium-sized businesses – and the environment. Not just in North America, but in the wider world. 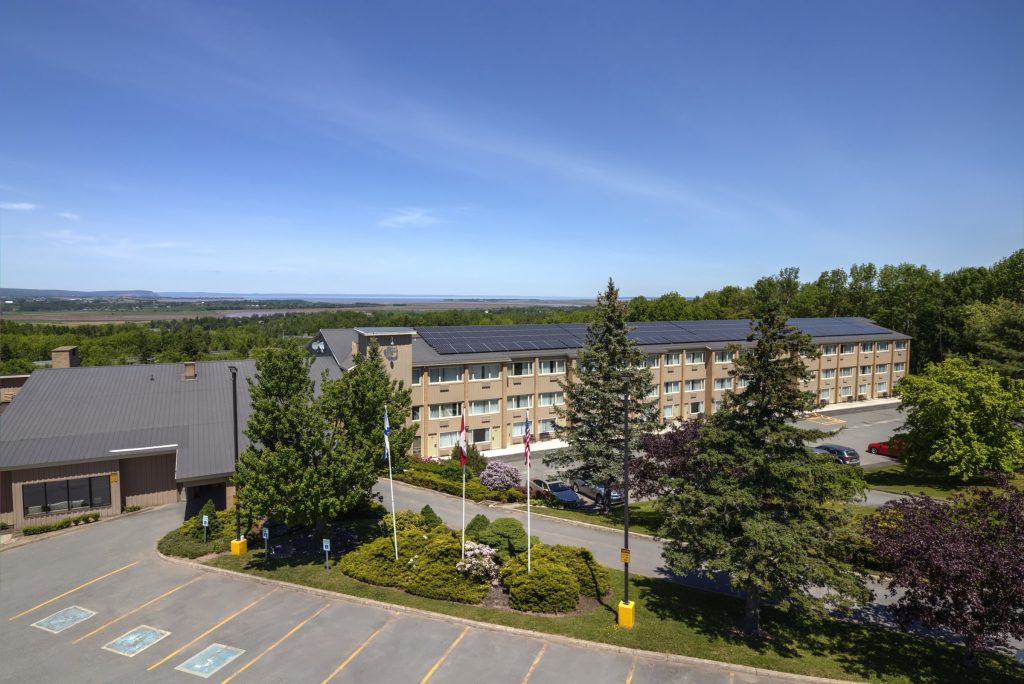 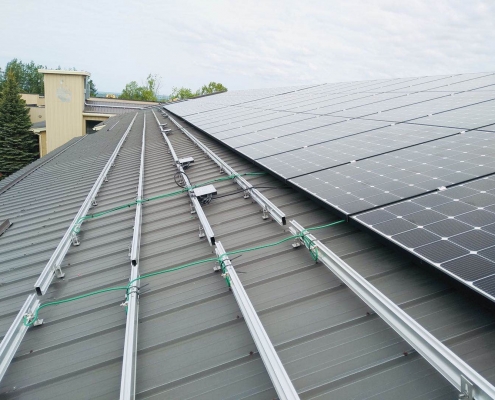 The largest commercial renewable energy retrofit in the Canadian province of Nova Scotia was officially connected in June 2020. To deliver it, Hoymiles partnered with SKYLIT, Nova Scotia’s only solar PV projects development company.

The 94.3kW commercial energy installation is at the Old Orchard Inn Hotel and Convention Centre in Wolfville. Featuring Hoymiles MI series microinverters, the system was designed with high electricity generation but low maintenance in mind. The Hoymiles high conversion efficiency microinverters will help provide clean, renewable energy to the hotel and convention centre, while feeding excess green energy into the local grid.

Hoymiles worked with SKYLIT and LG Electronics to put together the best package at the most competitive price. The entire system was installed on the south-facing roof in just a month. For maximum efficiency, a power limiting function limits the maxim output of each panel to 242W.

The project comes with a 25-year warranty, but it’s estimated that it will keep working for well over 30 years. At present electricity prices, it will have paid for itself in just eight years, meaning that it represents decades of earning potential for the owners. 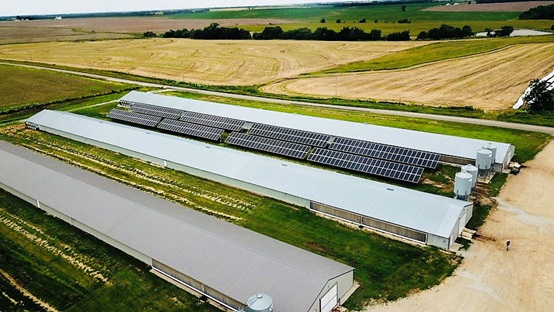 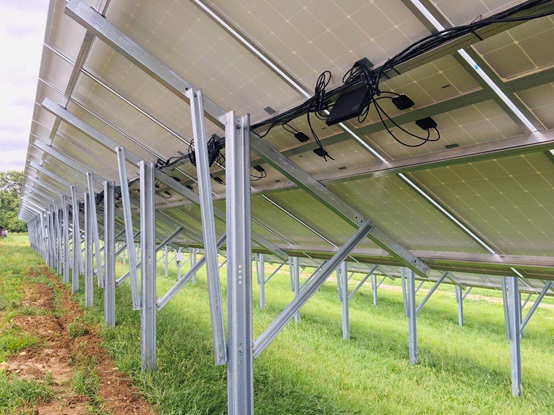 Moving on to the USA, we worked in conjunction with Red Barn Solar in Missouri to deliver a 281kW system that saves $35,000 a year on electricity.

There’s a 25-year warranty on the system, and based on the current kWh price, the system will have paid for itself after 3.7 years. Which means that, assuming similar prices going forward, they’ll be generating a profit of $35,000 a year.

As well as being lucrative income sources for their respective owners, these initiatives are also the right approach in terms of the environment. As the global Covid-19 crisis highlights the need for action on climate change, projects such as these constitute part of the green recovery.

Small and medium-sized enterprises like these examples in Canada and the USA actually make up 90% of global businesses and 50% of employment worldwide. So the potential for solar installations – and associated Hoymiles technology – to become a lucrative additional revenue stream for many enterprises is massive.

Hoymiles offers safer, smarter and easier-to-use module-level MPPT and module-level monitoring microinverters in over 80 countries. We also have logistics and service centres in the USA, Canada, and over 30 other countries. Whether you’re a distributor, installer or end customer, Hoymiles products and services can make a real difference. For further details of how we can help you, please email sales@hoymiles.com.