A practical guide to avoiding overcurrent issues when installing microinverters

In order to find out this information, you can check the column listed as “maximum units per branch” on your microinverter datasheet, which specifies how many microinverters can be connected in a single branch circuit.

For example, in the case of Hoymiles’ HM-1500 microinverters, the maximum number is three. This means that if you have more than three microinverters, you’ll need to connect more than one branch circuit, instead of connecting all your microinverters together on the same one.

The rationale here is this: Your microinverter’s rated output current must be smaller than the rated current of the output terminal.

Our user manual states that the output current of our AC terminal is 25A, the rated output current is 6.52A, and there are three microinverters allowed in a single branch. 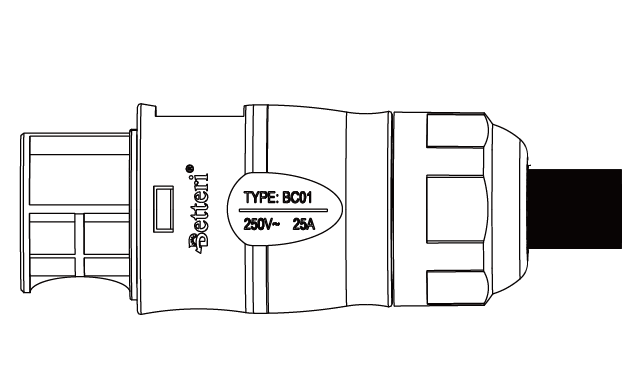 However, in circumstances where you’re connecting high-powered microinverters, it’s considered bad practice to use a daisy chain connection. This is because it can present serious overload risk, which may result in the failure of the terminal. To avoid this, it’s crucial to follow our steps above to ensure you’re using the correct number of branch circuits for your chosen number of microinverters.

A trunk connection uses an independent trunk cable, so it’s less likely to create electromagnetic interference in the microinverter, and is much better for heat dissipation.

When it comes to installation, our installation expert would plug the output terminal into the trunk connector on the AC trunk cable.

Let’s use an example to illustrate this:

In the case of Hoymiles’ HMS-2000 microinverters, we recommend three units per branch.

We can see that 27.27A < 30A, so such installation is safe and will not cause any overcurrent. 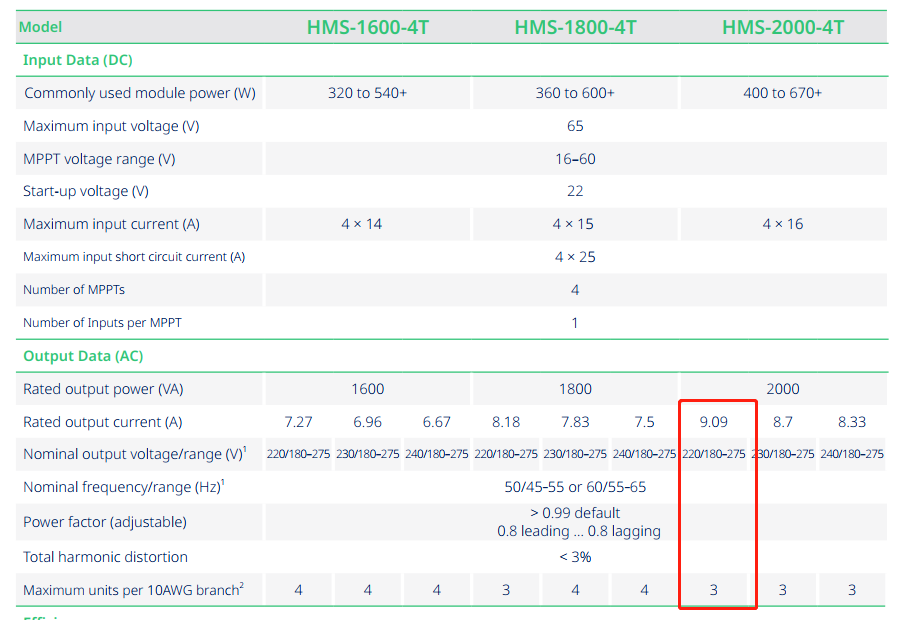 While daisy chain connections can work well for lower amperages, they can be risky when using high-powered microinverters. If the microinverter manufacturer gives an inappropriate recommendation regarding the number of units that is acceptable for one branch circuit, there can be potential risks of terminal failure.

Hoymiles’ installation recommendation is sensible and safe, so you don’t need to worry about terminal failure. While some manufacturers may use alternative connections such as a Daisy Chain, we will always recommend a trunk connection in the case of high-powered microinverters.

Our high-powered HMS microinverters range from 1,600W to 2,000W in capacity – and all of them are connected via a trunk cable as standard.

Choose Hoymiles; choose open energy and safety for all.